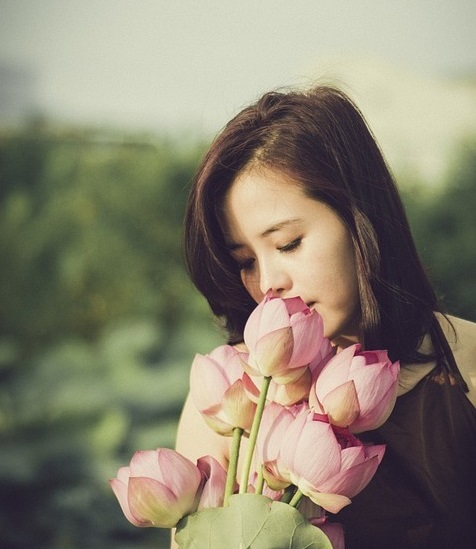 Vietnamese women can make some extremely loyal girlfriends if you know where to look for the right ones. They are not only generally very attractive women, but they are also conditioned to want to please their men, which is something that you may find to be refreshing if you’ve spent most of your life dating Western women.

If you’re not already convinced about the beauty of Vietnamese girls, just let this video run for a couple of minutes…

The culture in Vietnam is still rather traditional, so the women there are usually looking for a stable boyfriend or husband whom they can have a serious relationship with. Naturally, this doesn’t mean that all the girls are like that and that it will be impossible to find something casual, but again keep in mind that girls from Vietnam are different from Western women and even the women of other Asian cultures, and often have a more long-term view of dating.

As with any population of women though, different kinds of girls congregate in different places, so you’re going to want to know where to go to get what you’re looking for. Whether you want a one-night stand or something that will last for years, let’s take a look at a few of your options when it comes to meeting Vietnamese girls: 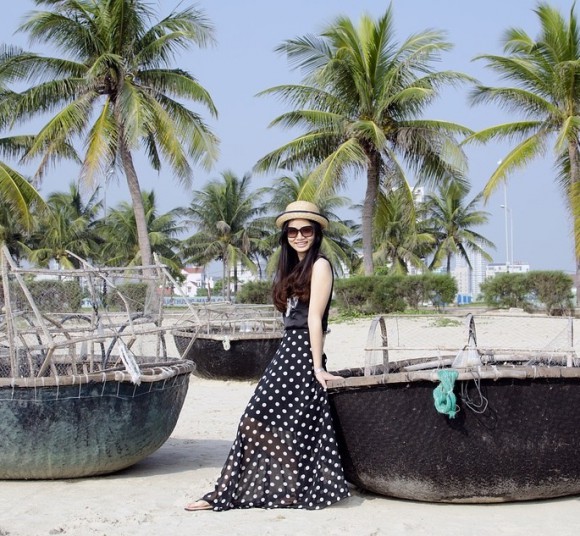 If you’re already in Vietnam, one of the best places to flex your romantic muscles and meet some girls can be at the beach. Just like in the West, it’s good to run your “day game” where people are relaxed and receptive to your casual conversations. If you’re trying to pick up strangers and get to know them, though, it’s probably best to stick to beaches more or less near big cities in the South like Ho Chi Minh City, since the more urbanized and Western-friendly girls are easier to come by and they will make you jump through fewer hoops if you’re just looking for a physical relationship. Up North, expect the girls to be more hesitant to have casual sex.

You may be interested in getting laid at all costs, in which case a bar or club in Vietnam is the way to go—but you’ll often have to pay for it. Not all girls at the clubs are prostitutes, but until you’ve had a bit of experience, it may be hard for you to know at first if the girl you’re talking to is a pro or just into you for your good looks.

If you just want to have fun and don’t mind having to sift through these kinds of girls, then go ahead, but—just as you may have experienced in the West—it’s much, much harder to find a “nice girl” at a nightclub or other similar location than in, say, the halls of a University or the pews of a church.

Sure, lots of girls like to dance, but it’s all a numbers game, and if you’re looking for your future wife, the numbers are not in your favor at a club. On the other hand, you may have just come to Vietnam to have fun. If that’s the case, you can at the very least make some friends and dance with some pretty girls.

The nice thing about online dating is that you can do this even if you’re not quite ready yet for international travel. If you’re looking for something serious, and you want a reason to go to Vietnam, then you might try one of the quality Asian dating sites out there that let you meet and chat with Vietnamese women.

Just like in the West, online dating is increasingly popular in South East Asian, and there are plenty of women out there who are specifically looking for a foreign husband or boyfriend. Some women see Western men as being exotic or particularly attractive, or else they are interested in learning about Western culture and making a friend from an English-speaking country, so they join international dating sites in the hopes of meeting men like you.

Now, though you can meet quality women on dating sites, it has a few pitfalls that are similar to the club scenario. First of all, you will have to distinguish the real prospects from prostitutes. This is fairly straight-forward usually, though; once you’ve talked to a girl long enough and it doesn’t seem like she’s after any money, the problem sort of takes care of itself.

Another downside, is that these sites may be saturated by multitudes of men with similar intentions as yours, but thankfully there are usually plenty of great women to go around—and if there aren’t, then you might be on the wrong site.

Something important to note here is to also be aware of possible scammers. Just as you can expect in other Southeast Asian countries, a small minority of women in Vietnam who show interest in you are going to be actually interested in your money without any intention of even giving sex in return. If you haven’t even met her and she’s giving you a sob story about her poor auntie who is sick, then beware.

For a lot of guys, they don’t have experience saying no to beautiful women, and so they get taken advantage of. Make sure not to let your guard down too easily when you’re first taking to a new woman, and don’t let her beauty or personality blind you to any red flags that she may be all too obviously displaying.

If you meet a good woman on a dating site, she might want to take things rather slow, but be patient. As mentioned, Vietnamese women are more traditional, so try not to scare her away by getting too sexual too quickly. Keep things polite, but still try to ask all the deep questions so that you can really get to know your prospective girlfriend before you meet.

These are just a few ideas on where to meet your Vietnamese girlfriend, but honestly, the sky is the limit. Just as with any other countries, you will have to learn its unique flavor yourself and come up with your own ideas for best results.

For some extra preparation, check out this video on tips for dating a Vietnamese girl: