Part One: Lessons and Tips From Asian Culture

The Asian community, like other communities, is represented by all manners of life such as different levels of education (although education is typically the priority), religion (mostly non-religious, but also Buddhist and Christian), immigrant and native-born, etc. Many different Asian ethnic groups, each with their own language and dialect, have spread throughout most, if not all Western countries like The United States, The United Kingdom, Canada, etc.

Asian heritage is old, rich and shares a common culture and value system that rings true with many other cultures. But what you have to remember is that there are differences in details and details sometimes become the most important. Missing a single detail can cost you the Asian woman of your dreams. In this article, we have categorized the 7 most important points you should know in order to maximize your chances of meeting Asian women online. 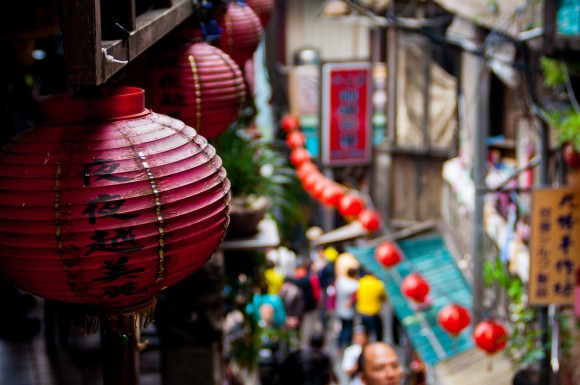 Asian culture is easy to appreciate as it has many interesting beliefs, traditions, music, cuisine, movies, arts, and history. Mutual cultural appreciation is important. The Asian cultural etiquette (Chinese, Vietnamese, Thai, Philippine, etc.) can sometimes be significantly different from the customs of the western way of living.

Family, honor, hard work, and education are among the top values in Asian communities that will also be reflected in romantic relationships and dating. And remember that their hard work includes working on relationships as well as household management.

Asian women are like Western women in that they want the best for themselves, meaning you have to show her that you are the best that she can get. Show her that you care about values and culture, and that you understand the importance of mutual cultural appreciation. Help her to appreciate a taste of culture from your side.

When it comes to relationships, values that Asian girls and women pursue are not very different from women of other ethnic groups. This is the result of a comprehensive interview carried out in Hong Kong on relationship choice and good sex life [1]:

On choosing a relationship: 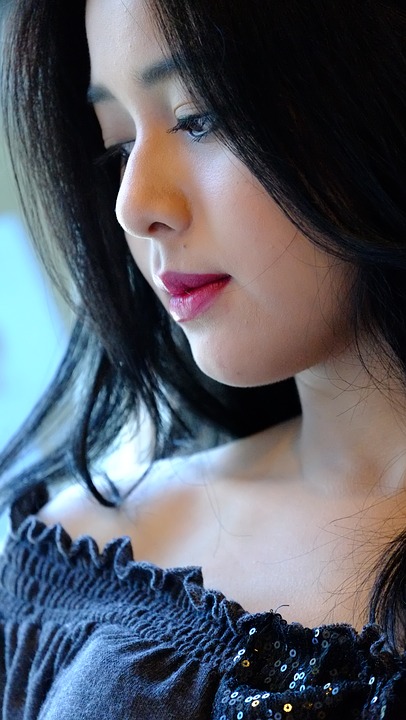 Most respondents said that partners who ‘understands me’ and ‘respects me’ are the most important considerations in an intimate relationship.

Other factors are as follows:

On how respondents described a good sex life, the factors were as follows:

As Asian women’s abilities and opportunities to be financially independent increase, the qualities they desire in a relationship shift towards the non-material and the emotional.

Number 2: Asian women are considerate but not necessarily submissive

Don’t expect every Asian woman to be passive and submissive. Passive and subservient types of women and men exist but few Asian women still keep that tradition (back in their own country). Many Asian women today are ambitious and fight every day to get their way in this modern era. Additionally, Asians born in a western country tend to take take on the stereotypical traits or Western women.

In Asian countries, times have been changing for women, and new gender identities and sexual lifestyles are emerging. Women are active agents in these processes, individually and collectively involved in renegotiating and reshaping their daily lives and they have they own ideas of what it means to be modern [1].

So if an Asian woman seems to be acting passive or submission, don’t assume necessarily assume that she cannot also be assertive and direct. Asian women are raised to be highly polite and considerate, which are the manners they display, but that doesn’t define who they are as a person. 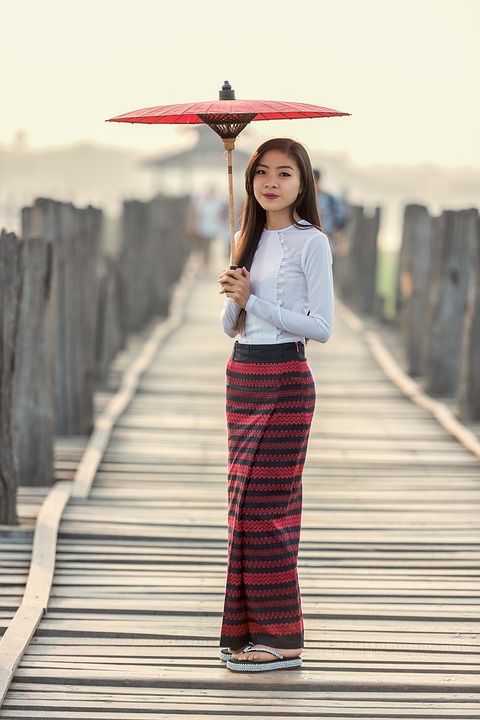 Asians including Asian girls are very concerned about social image and status. If you have a collage degree or any certificate, then it’s not a time for being modest. You should also expect that they will show off their relationship in public and among friends. Many Asian girls prefer to date guys that look good both on paper and real life.

Try to show off your assets in a way that’s not arrogant. Let your prospective Asian soul-mate know why she should choose you, but stay humble about your achievements and don’t ever make her feel stupid or inferior compared to you.

Number 4: English as a second language

Except for in the Philippines, Asian women are not likely to be fluent in English. It might be their second language, especially if they have recently immigrated. The point to keep in mind here is that if she misspells or mishears a word, be considerate not to make it a deal as it can turn into a point of insecurity and discomfort for her. If you’re extremely particular about flawless English grammar and pronunciation, Asian women may not be for you.

This also becomes important when you try to be humorous, sarcastic or when you try making her smile by telling her a joke. Try to analyze her level of understanding and then find a joke that she really can understand. Don’t assume she is as familiar with common phrases and sayings as you are. And try to take it easy on the puns. In order to see the humor in puns, it require a fairly deep understanding of any language.

Number 5: Watch for the cultural codes of romance

Every single Asian ethnic community has different views of dating and marriage. Of course you can see most of the information you need in profiles, but even if they claim they don’t seek marriage or a serious relationship, it doesn’t mean it’s not their priority. Besides, different ethnic groups from Asian community have specific traditions and cultural codes on relationships and marriage. For instance:

Throughout numerous interviews with girls and women from different occupations and social groups in China, interviewers found that most of them share the point of view that love and sex are not separable.

They say that when you are emotionally connected with the person, sex is pleasurable; if the emotional connection is lacking, sex is not good. Sexual intercourse with a person you don’t love feels like being raped [1].

As always however, there are exceptions to every rule. Here is a quote from a woman who has had different sexual partners held that sex and love are completely separable:

“I met a man and did it several times; now I almost couldn’t leave him physically. He took this easy. I felt that he was inspirational to my sexuality. I had orgasm with him every time. Ever since the encounters with him, I have had good feelings towards having sex. So I feel that sex and emotional love are separable. I feel grateful to him because he helped me build up a healthy attitude towards sexuality.”[1]

Although western lifestyle has been gradually influencing Asian lifestyles, specifically for newer generations, in general you need to know that the door to modern life is not completely open in Asian cultures. This is especially true when it comes to sexuality being separate from love, reproduction and motherhood (i.e., for fun)[2].

If you have a strict point of view over marriage, be sure you put it in somewhere in your profile. Remember that not all Asian women are the same. Most may want to get married eventually, but some may not. Focus your energy on Asian girls who think the way you think, and share a similar level of sensitivity.

Number 6: Learn a bit about Asian superstitions for fun 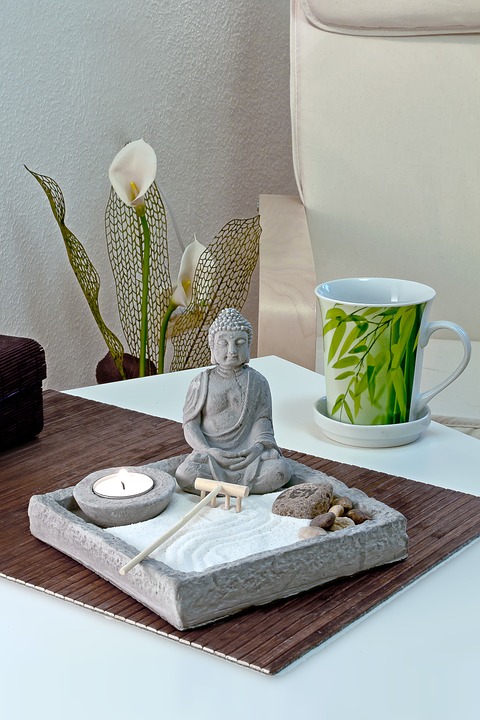 Many Asian cultures follow different traditions and believe in superstitions (much like most cultures around the world). The mere existence of these traditions and superstitions does mean that every Asian women you talk to will practice them. But knowing a few of them won’t hurt in conversations and it can even help you to understand each other in the future. Here are some interesting samples:

All cultures have superstitions and new generations use them mostly for fun. Many try to find the underlying practical origins of these superstitions. For instance whistling or playing music at night bothers neighbors. In short, they are all made for the sake of controlling and improving their society.

Asian woman are very emotional and often crave for a fairy tale romance, so you have to dive for a deep emotional connection. Nevertheless, it’s better not to use the term ‘fairytale’ and instead just act upon it. Being kind and having a good heart is an important factor and good start (remember statistics in lesson 1).