Filipino women are great change of pace if you’ve been dating Western women, and they are a great choice if you are only just beginning to discover the benefits of dating women of an Asian nationality. While you may know ethnic Filipinas who were born in your own Western country, the women who were born and raised in the Philippines (even if they expatriated later) can be very different, so don’t assume that you know the culture if you have never visited and seen these women for yourself in person.

If you are considering exploring the Philippines, there are some great reasons to date Filipina woman while you’re there. Let’s take a look:

Like women of other Asian cultures, Filipinas are taught very early on by their parents to speak in an agreeable tone of voice and to not be quick to criticize. They avoid getting into loud fights or being overly combative, so you can expect that there will be a lot less drama to deal with if you date a woman of this character. While of course there always comes a time when a person—even a demure Filipina girl—must speak her mind, she will know to do it very tactfully and with an emphasis on avoiding too much conflict. If you prefer your girls to be polite, Filipinas are not a bad choice.

Since divorce is not allowed in the Philippines (yes, really), Filipinas take the commitment extremely seriously, and would not enter into a marriage without knowing that the only thing that can really part you is death. As a result, they are extremely loyal wives who stay by their husband’s side no matter what. Now, you may not be interested in a marriage at this point in your life (or any point at all), but it is comforting to know that cultural habits, and even the law, is skewed in the favor of loyalty, commitment, and tradition if you ever do decide to get hitched.

3) They are happy to date older men

In superficial Western society, you may be under the impression that once you turn 40, it’s all over and you are not considered “cool” or “attractive” by any of the sexier, younger women whom you may prefer. This does not have to be the case at all! In the Philippines, it’s not unusual for women to date and sometimes even prefer an older man. After all, older men are more secure and established, and this can be a huge advantage for a woman who is looking for real commitment. 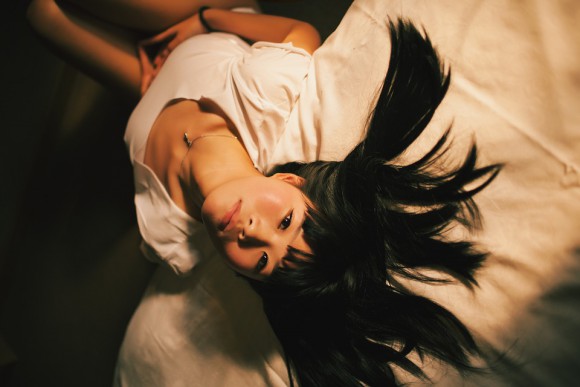 Some men might not care about this, but it is nice to know that a woman you are seriously dating had not run around with dozens of other men before you and may in fact still be a virgin. Try finding a Western woman over the age of about 19 who is a attractive and yet still remains a virgin; in a culture that increasingly embraces short-term pleasure over a more long-term vision, it is considered unusual, even strange for a Western woman to be in her twenties and not have experimented with sex. By the time they are out of college, most attractive Western women have not only had sex, but have had relations with multiple partners, in multiple positions and locations, using techniques you might haven’t even heard of.

While this is a turn-on for some people, some guys prefer a more conservative woman who still has many “firsts” to share with him. In addition, some studies suggest that the more partners a woman has before marriage, the less likely the marriage is to succeed. You might consider dating a Filipina girl to help reduce the chances of promiscuity affecting your relationship in this way.

If you’re an English-speaker (and chances are, if you’re reading this, you are), then you may feel a bit frustrated that a huge barrier to dating the beautiful women of Eastern cultures is not knowing the language. While, believe it or not, you don’t necessarily need to know each other’s language to fall in love, it definitely helps! This is where Filipina women really shine.

Filipinas, compared to other Asian women, are particularly fluent in English—and it’s not the counterfeit classroom “fluency” that you might find in other cultures; it is actual, practical fluency, and it is extremely common in Filipino people. You may be shocked to find that a woman you have met has a nearly perfect American accent, and that she understands 100% of what you are saying. In fact, many students from other countries travel to the Philippines specifically to learn English in their schools, and English is a compulsory subject for Filipinos from a very young age.

What probably fuels this fluency isn’t school, however, but a strong respect for Western culture and a tendency to watch Western movies in their native English. If you would like to experience the women of an Asian culture while not having to necessarily invest the time into learning a foreign language, Filipina women certainly make it easier for you.

With all of these advantages, you might be just about ready to open up a new browser tab and book a flight, and of course no one can blame you for your eagerness. First, though, you might want to try exploring Filipina women and getting a feel for them from where you sit. Dating sites are a great option before you jump the gun and head overseas.

==> Find Out Where To Meet Real Native Filipinas Looking For Romance <==