Meeting the parents of your girlfriend can be tough, even when you’re dating someone of your same culture and nationality, so it can certainly be even more nerve-wracking when you’re dealing with an international dating situation. There are so many traditions and expectations that you may not be used to or even have the faintest clue about, and sometimes when you’re dating someone of a culture that is very unlike your own, it can feel like you’re walking on eggshells in an effort not to offend their family. It’s these differences in culture that add to the mystery and excitement of dating internationally, but it can also make for a lot of awkward situations if you are not cautious.

This is never more true than when you are dating a Chinese woman. As a Westerner, many of your experiences and social programming will simply not apply, and—let’s face it—you’re probably already at a disadvantage in the eyes of her parents because you are not Chinese. Keep in mind that Chinese people are more wary of foreigners than most Westerners are, and that they will be concerned for the long-term security of their child. You may feel sometimes that they are judging you, and they very well may be; in fact, they may even refuse to accept you, if they are particularly strict. You can tip the odds in your favor, though, by following these tips and making a good impression on her parents the first time that you meet them: 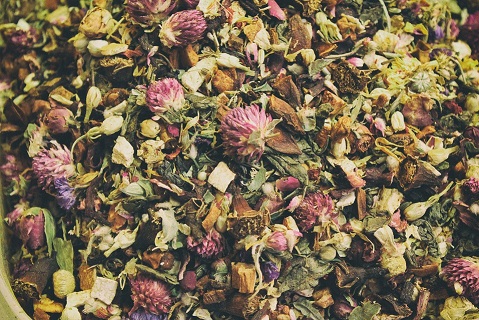 Before you even head over to their house, be sure to pick up a thoughtful gift for your potential in-laws. It doesn’t need to be anything overtly fancy, but don’t insult them by buying anything clearly cheap, either. A good, safe zone is to stick with traditional edibles, such as teas and herbs. You might also want to ask your girlfriend for some suggestions if you really have no idea. Generally speaking, don’t bring flowers, as these don’t have the same connotations as they do in the West.

Make polite comments about the house and ask questions to start some small talk. Don’t get too loud or seem too emotional. Avoid getting too familiar too quickly, as well: It is much better to shake hands and nod politely to her parents than to try to hug them when you’ve only just met. In addition, address them with all of the correct honorifics.

3) Make an effort to speak Chinese

Even if your Chinese is broken, or you have difficultly understanding the dialect that her parents speak, her parents will almost certainly appreciate your effort when they see that you are trying to engage and do your best to bridge the gap. When they tell you stories, smile and nod even if you don’t completely understand what may have been said. Pay close attention to body language cues and laugh when everyone else is laughing.

Once you start getting into deeper conversation, this is the perfect time to start throwing in compliments about your girlfriend. Tell her parents how great you think she is, and explain all of the traits that you think are positive about her, especially those that would make her a good wife. Talk about how talented and smart and capable she is; this is an indirect compliment to her parents and can be very effective, and it tells them that you’re interested in her for the long term. They will also be glad that you appreciate their daughter for all the right reasons, so make it obvious that you truly care for her. On the other hand, however…

5) Avoid being overtly affectionate with your girlfriend

Don’t kiss your girlfriend around her parents or engage in anything that even vaguely implies sexual affection. Don’t hug her or hold her close, either; though such behavior is considered normal in the West, in China it is seen as disrespectful to do this in front of her parents.

6) Keep a look out for the needs of others

In Chinese culture, it is good form to address the needs of others before your own, especially around the dinner table. Offer food to others before you take your portion and fill people’s cups if they appear to be empty. This will go very far in making a good impression, especially since Western people are often viewed as being more rude and individualistic.

7) Do not refuse food 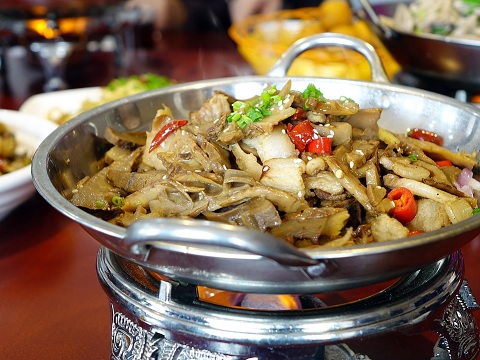 Make sure to sample a piece of everything that is placed on the table, and to eat everything off your plate. This shows appreciation for both the cook and the culture. Besides, you might find yourself trying foods that you’ve never heard of before, and that’s always a good thing.

At the end of the day, her parents are just people, and they’re almost certainly curious about you. The fact that you are meeting them at all means that you’re probably serious about their daughter, and that means that they are going to want to get to know the real you. While you should be on your best behavior, and act as respectful as possible, that doesn’t mean that you have to be somebody you’re not. Don’t put up a front; own who you are and all of your flaws. In fact, her parents will probably appreciate humility over any attempts to paint a fake, embellished portrait of who you are just to impress them.

As you might imagine, meeting the parents of your Chinese girlfriend can be a tense experience sometimes, and you may feel the weight of expectations on your shoulders very acutely. Try to remember, though, that her parents may be just as nervous as you are. They, too, may be trying hard to make a good impression, especially if they suspect that you may be their future son-in-law. Because of this, try to treat them with compassion and don’t view them as “the opposition.” Above all, find common ground where you can.